DWP - No Right to Legal Advice? 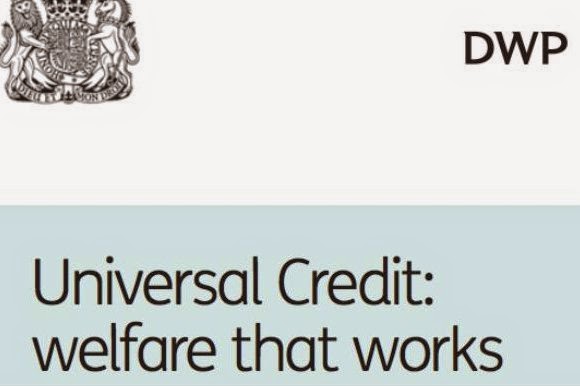 They were caught, harassing, intimidating and threatening one of my older neighbours, outside their front door.  My neighbour had begun to cry.

I suspect they had not know that a Solicitor lived across the hall, and that Solicitor, would be the notorious Daniel Donaldson, someone who just so happens to campaign regularly for for Equality and Human Rights.

The first thing that I objected to was the conversation taking place at all.  The Officers knew (or ought to have known) that they should not be discussing an individual's private business for everyone in sundry to hear.  However, they did so anyway.

Then of course, was the topic of conversation.  I also objected to this.  It was alleged that the local Procurator Fiscal had instructed the Officers to attend, in order to obtain my neighbour's consent to open a "sealed evidential envelope" containing "an interview tape and transcript".

The Officers went on, as part of their harassment and intimidation, to say that they would "do it anyway" but just just had to let my neighbour know.

It was at this point, I intervened.  Not only was the conversation audible from within my own property but I noticed that my neighbour was distressed.  It was clear that me neighbour didn't follow or understand what was being said.

The Exchange of Credentials

I asked to see the Officers credentials, and of course, the Officer wanted to see mine.  I fully suspect, that when I handed over my business card, and was about to take my Law Society of Scotland certificate from its frame, that it suddenly dawned on them both what a horrible mistake they had made.

I will be careful here, and point out that I at no point held myself out as my neighbour's Solicitor or her representative.  I was acting, in the public interest, both protect my neighbours welfare and in order to achieve a peaceful resolution to a very tense and difficult situation inside my apartment building.

Independent Legal Advice - Does this Ring a Bell?

As our conversation progressed, I reminded the Officers that my neighbour was entitled to seek independent legal advice.  I also reminded them of certain procedural aspects, regarding a fair hearing.

The Officers conceded that they had attended without invitation and that they should have written to my neighbour, to enable her to take legal advice.

It was this important human right, that the Officers had omitted, when they began their harassment.

The situation was defused and the Officers left.

I wonder what would have been the outcome had I not been there.

It is important to remember that the Crown does not have the right to harass or intimidate people.

It is also important to remember that everyone is entitled to take independent legal advice.  This fact should beyond doubt now, lest we have to revisit the CADDER v HMA debacle again.  If you every find yourself with unwanted DWP Officers harassing you, or someone you care about, please feel free to remind them of that too.

In so far as Human Rights are concerned, the Crown has bound itself to respect the integrity of the person (which they did not do in this case).  The Crown has also bound itself regarding respect for the private and peaceful enjoyment of one's property, family life and correspondence (again, something overlooked in this case).

Regarding confidentiality, European and UK Data Protection law applies.  The discussion of my neighbour's private business, in a very public manner, was a clear breach of the Data Protection regime.  In addition, the "loss of evidence", or whatever the DWP Officers sought to deal with, is also a breach, and a reportable breach, with potential criminal sanctions too.

I do wonder whether the loss of evidence was reported to the UK Information Commissioner. It would be unfortunate if it was not, as that in itself, may be a criminal offence.

It would be a rather red faced moment, if some DWP Officers found themselves being interviewed, outside their front door, of a Thursday morning, being asked why they lost evidence and didn't report it as they should have.  Wouldn't you agree?
Posted by Daniel Donaldson at 18:57 No comments: